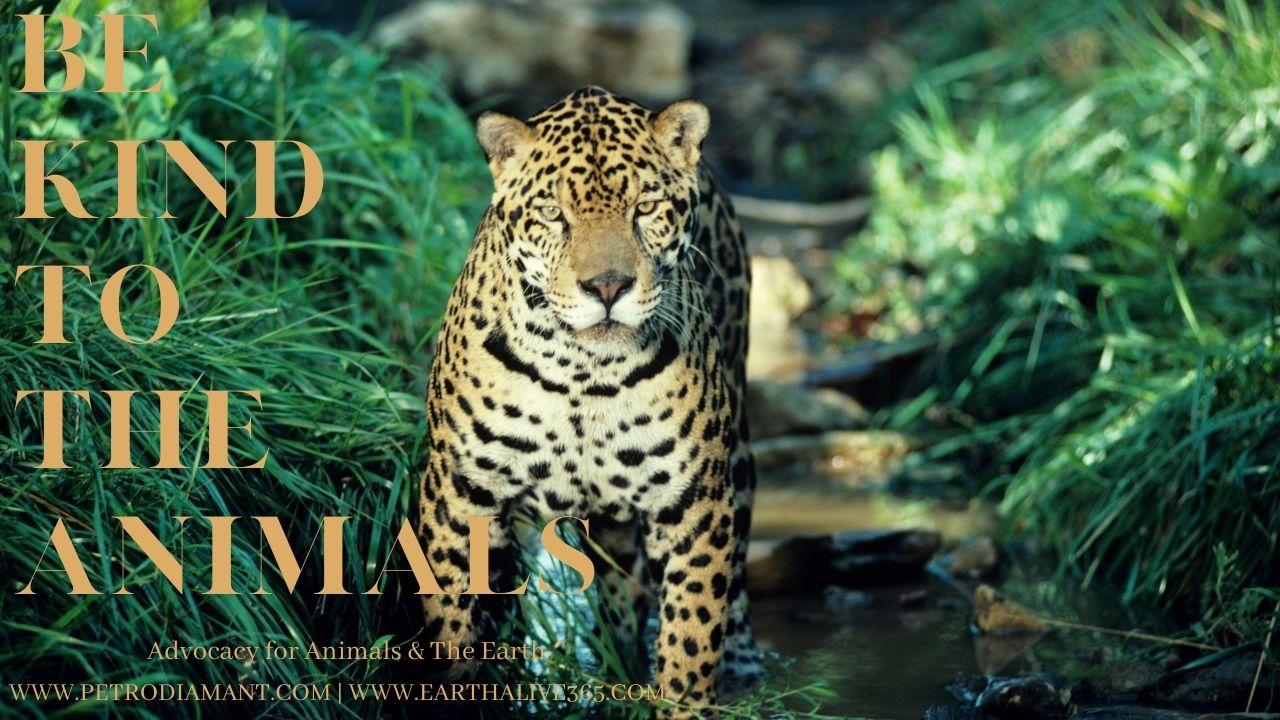 It is probably one of the most important things to do and that is to protect habitat.

Habitat defined is the natural home or environment of an animal, plant, or other organism. Losing habitat means losing animals, plants and organisms that are dependent on an environment best suited to their requirements for survival. There is only so much space on Earth and with the human population on the rise and moving into places and spaces that are meant for other species, we are losing natural habitat. Unfortunately animals pay a very high price and risk becoming extinct.

Statements like "we have to cull", "there is not enough space", "there are too many of these animals" are all just statements that lack the awareness of the bigger problem at hand. Why is it that the human population is allowed to increase in numbers by the millions and some species are not allowed to increase by even a thousand? With the human population at an estimate count of   7.9 billion people for 2021 there is no balanced ratio to the numbers of wild species and definitely not to species that are threatened, endangered and on the verge of extinction.

Mankind is at war with the ocean, the forests, the jungles, the rivers, air and soil.

Every specie on Earth has a vital role to play.  Some are interconnected and interdependent be they plant to plant, or plant to animal, animal to plant and animal to animal. When we lose key stone species due to the loss of habitat we risk losing smaller species whos very survival depends on them and ultimately lose a healthy ecosystem.

An ecosystem is a geographic area where plants, animals, and other organisms, as well as weather and landscape, work together to form a bubble of life. Ecosystems contain biotic or living, parts, as well as abiotic factors, or nonliving parts. Biotic factors include plants, animals, and other organisms. All responsible for a healthy ecosystem, healthy habitat and healthy Earth. 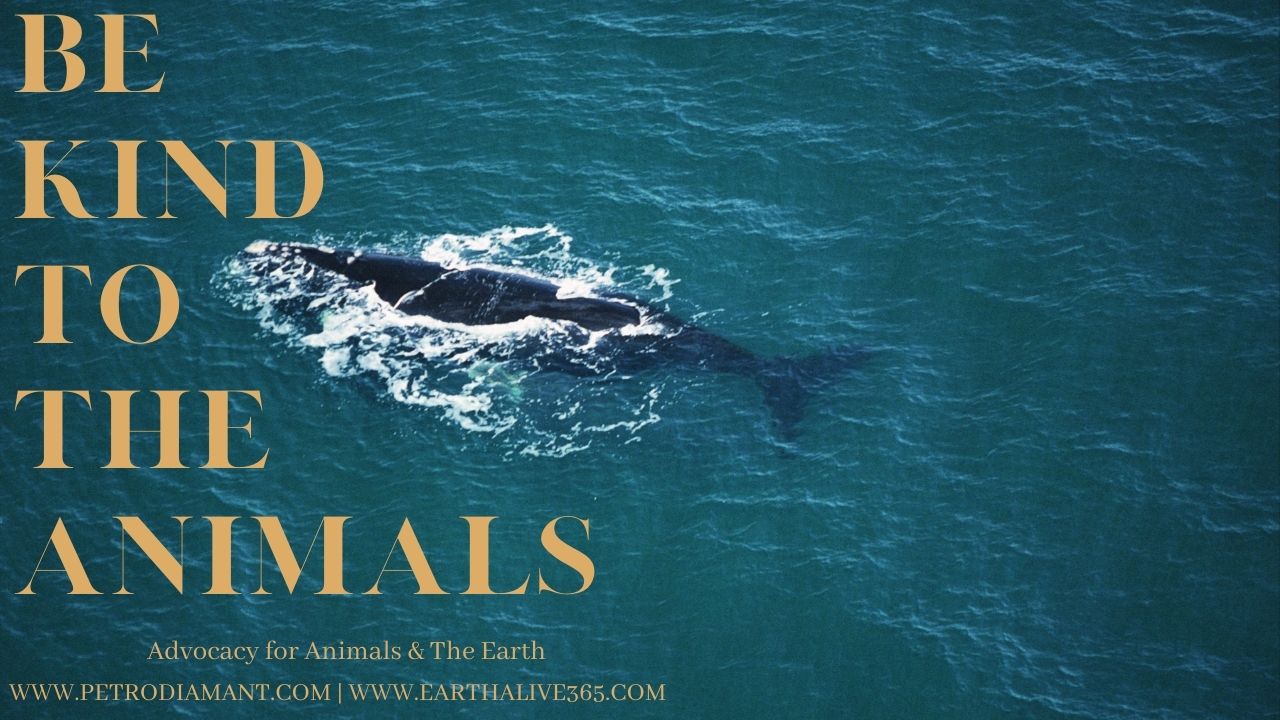 Many marine species are fighting for survival due to human interference. Poaching, climate change, pollution, oil spills, boat collisions and bycatch are all man-made issues that are pushing our marine wildlife to the brink of extinction. People want to know how and what they can do to save the ocean and save marine life.  The number one thing you can do is to stop consuming marine life.

The three biggest threats to our oceans are overfishing, coastal pollution and habitat destruction.

Global warming is causing sea levels to rise, threatening coastal population centers. Many pesticides and nutrients used in agriculture end up in the coastal waters, resulting in oxygen depletion that kills marine plants and shellfish. Factories and industrial plants discharge sewage and other runoff into the oceans.

Loss Of Habitat Due To Agriculture 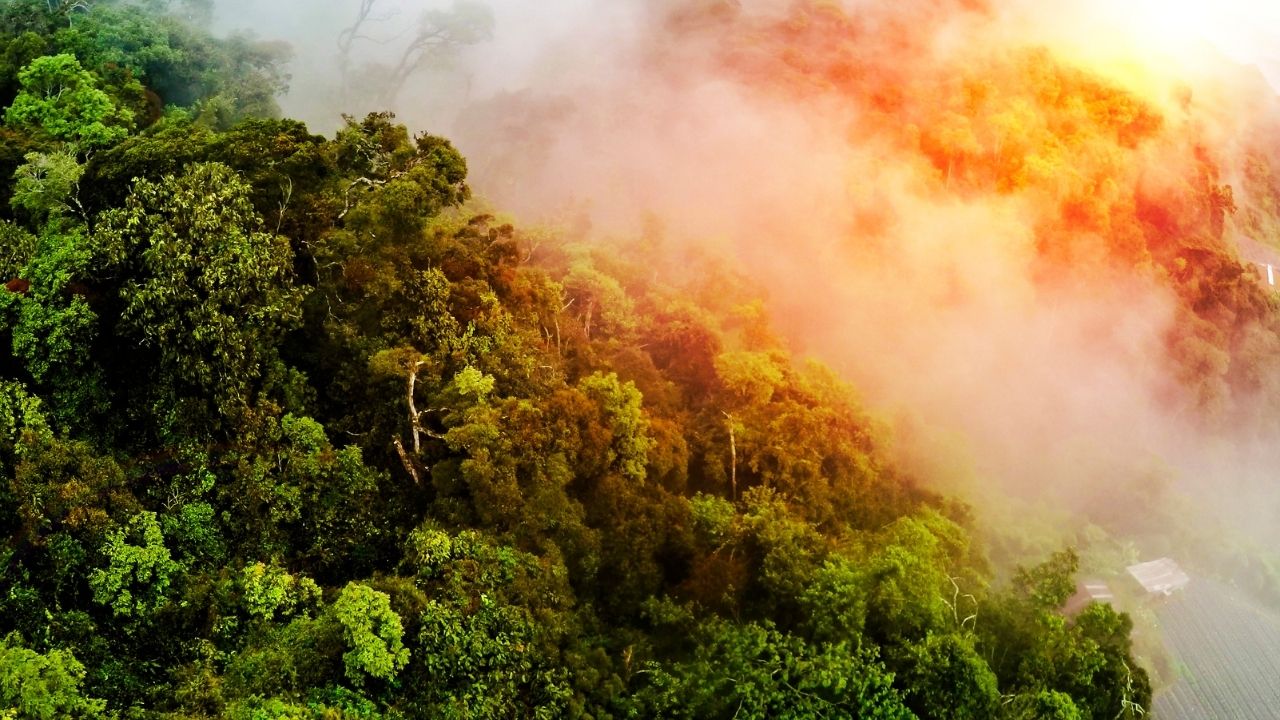 "Using data from the forest monitoring program Global Forest Watch, Rainforest Foundation Norway found that only 36 per cent of the planet's nearly 14.6 million square kilometres of tropical rainforest remains intact, while 34 per cent of it is completely gone and the remaining 30 per cent has been degraded" Ben CousinsCTVNews.ca Writer @cousins_ben

The ever-growing human consumption and population is the biggest cause of forest destruction due to the vast amounts of resources, products, services we take from it. Deforestation is in fact considered the second major driver of climate change. Direct human causes of deforestation include logging, agriculture, cattle ranching, mining, oil extraction and dam-building. According to the World Resources Institute about 18m hectares of forest is cleared every year.

One of the largest, and most well known problems in the Amazon is that of deforestation. While trees have been cut for logging, development and human expansion, it is actually farming that is causing the most extreme and drastic deforestation among much of the Amazon rainforest.

"Human beings have existed for just 200,000 years, yet our impact on the planet is so great that scientists around the world are calling for our period in the Earth’s history to be named the ‘Anthropocene‘ – the age of humans."

We are in THE ‘SIXTH MASS EXTINCTION’. Species are becoming extinct 100 times faster than they would without human impacts. Populations of wild animals have more than halved since 1970, while the human population has doubled. Only five times before in our planet’s history have so many species and so much biodiversity been lost so quickly. Some have described the loss of biodiversity today as ‘biological annihilation’.

When we lose habitat we lose species. 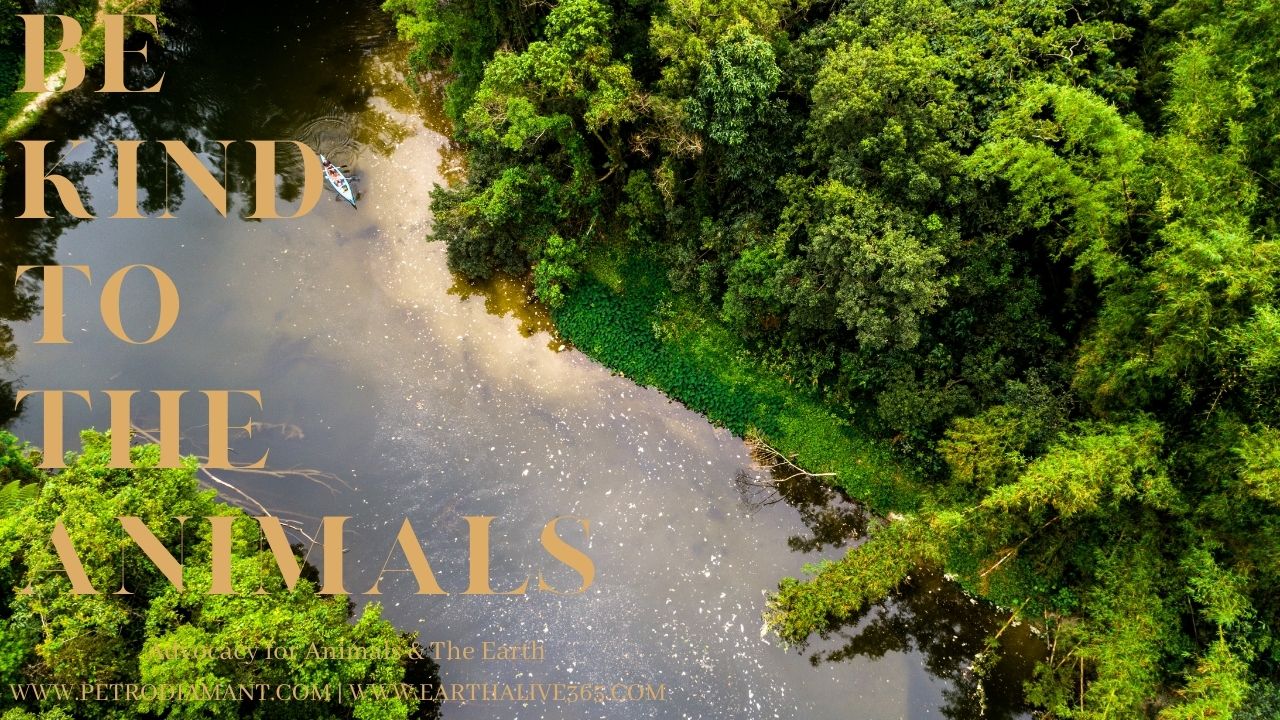 One part of the water cycle that is obviously essential to all life on Earth is the freshwater existing on the Earths surface.

Surface water includes the lakes, reservoirs (human-made lakes), ponds, streams (of all sizes, from large rivers to small creeks), canals (human-made lakes and streams), and freshwater wetlands. The definition of freshwater is water containing less than 1,000 milligrams per liter of dissolved solids, most often salt.

As a part of the water cycle, Earth's surface-water bodies are generally thought of as renewable resources, although they are very dependent on other parts of the water cycle. The amount of water in rivers and lakes is always changing due to inflows and outflows.

Inflows to these water bodies will be from precipitation, overland runoff, groundwater seepage, and tributary inflows. Outflows from lakes and rivers include evaporation, movement of water into groundwater, and withdrawals by people. Life can even bloom in the desert if there is a supply of surface water (or groundwater) available. Water on the land surface sustains life

You might think that fish living in the saline oceans aren't affected by freshwater, but, without freshwater to replenish the oceans they would eventually evaporate and become too saline for even the fish to survive. And so fresh and unpolluted water is vital to the survival of species on land and in the ocean.

Not only does water sustain life on Earth. Water is home to so many species. Water is habitat in the form of rivers, lakes, reservoirs, creeks and streams. Abundant and housing diverse life. When we poison the water. When we redirect the flow of water and rivers and streams and they dry up, we lose species that were dependent on water as life sustaining and as a home.

To many people, streams and lakes are the most visible part of the water cycle. Not only do they supply the human population, animals, and plants with the freshwater they need to survive, but they are great places for people to have fun and with that comes water pollution along with the pollution from agriculture, mining and large scale production industries.

Our rivers, reservoirs, lakes, and seas are drowning in chemicals, waste, plastic, and other pollutants and so are the animals and all life on Earth. The widespread problem of water pollution is jeopardizing our health. Most people living in urban spaces have access to safe drinking water however potentially harmful contaminants—from arsenic to copper to lead—have been found in the tap water throughout the world.

Water pollution occurs when harmful substances—often chemicals or microorganisms—contaminate a stream, river, lake, ocean, aquifer, or other body of water, degrading water quality and rendering it toxic to humans or the environment.

Not only is the agricultural sector the biggest consumer of global freshwater resources, with farming and livestock production using about 70 percent of the earth’s surface water supplies, but it’s also a serious water polluter. Around the world, agriculture is the leading cause of water degradation.

Every time it rains, fertilizers, pesticides, and animal waste from farms and livestock operations wash nutrients and pathogens—such bacteria and viruses—into our waterways. Nutrient pollution, caused by excess nitrogen and phosphorus in water or air, is the number-one threat to water quality worldwide and can cause algal blooms, a toxic soup of blue-green algae that can be harmful to people and wildlife. 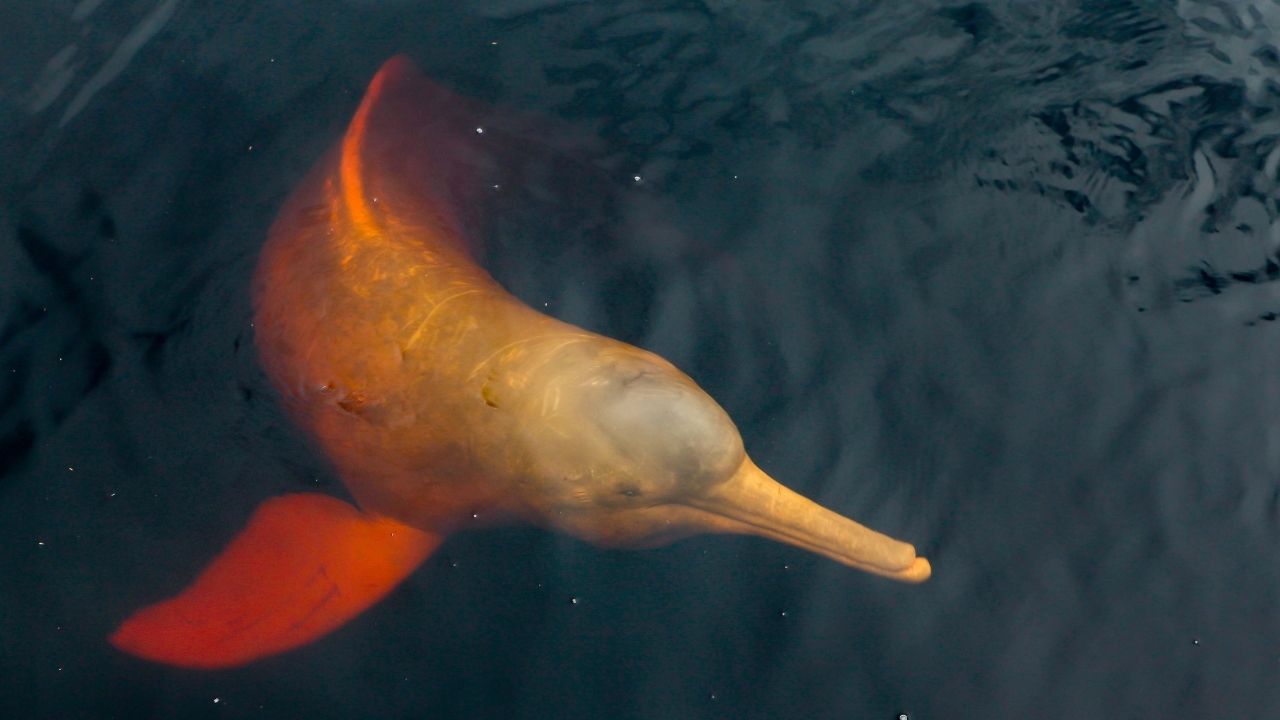 If you really have the best interest of The Earth and All Life on Earth at heart, the only sensible thing to do is to protect wild spaces. The human race has taken so much from the Earth and we are at a point where we have to return the land to those who need it.

Habitat restoration must be a top priority for each and every individual on Earth. To restore and return wild spaces to increase biodiversity is a must and increasing biodiversity can only be achieved by expanding and diversifying the range of habitats or vegetation structures available. Biodiversity boosts ecosystem productivity where each species, no matter how big or small, all have an important role to play. Healthy soil is a state of a soil meeting its range of healthy ecosystem functions as appropriate to its environment and biodiversity is the key indicator of the health of an ecosystem.

The future of Earth and the quality of life for all depends on the extent to which we recognize our impact and our progressive actions whereby we take responsibility. Ultimately the outcome of the future is in our hands " - Petro Diamant

Save Species By Protecting Habitat 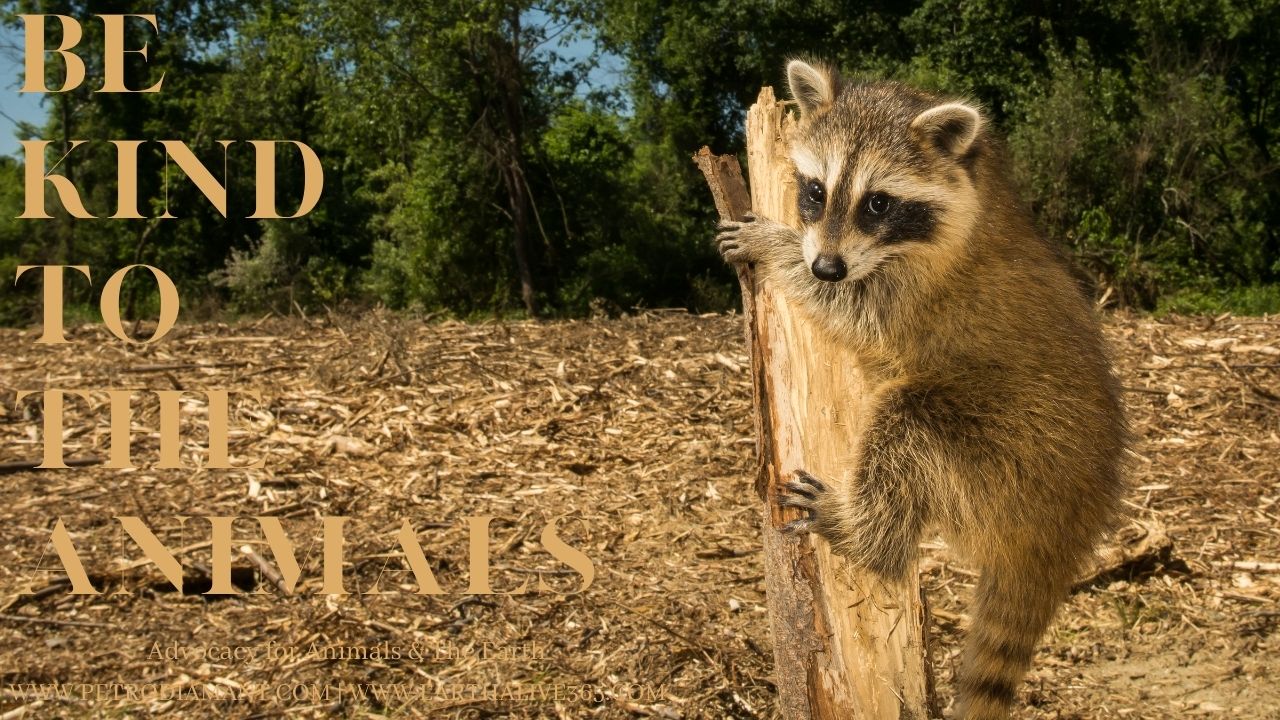 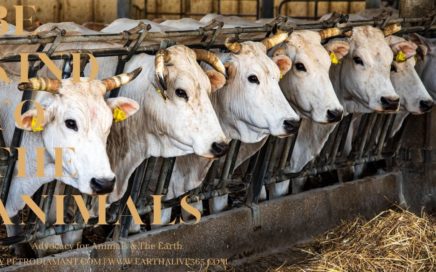 Ecosystems help regulate climate. A thriving ecosystem is dependent on healthy soil, which supports and maintains diversity of life on earth.  Today, because our soils are being damaged by human activities, we are dangerously close to disrupting the delicate balance that sustains life. Healthy soil performs many essential ecosystem functions like : provides a medium for […]

Air pollution can be defined as an alteration of air quality that can be characterized by measurements of chemical, biological or physical pollutants in the air. Therefore, air pollution means the undesirable presence of impurities or the abnormal rise in the proportion of some constituents of the atmosphere. It can be classified in 2 sections: visible and invisible air […] 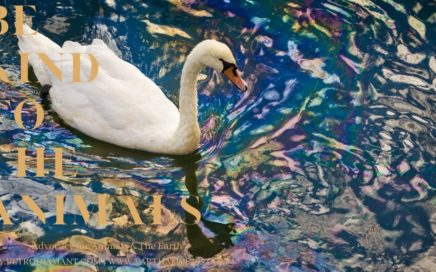