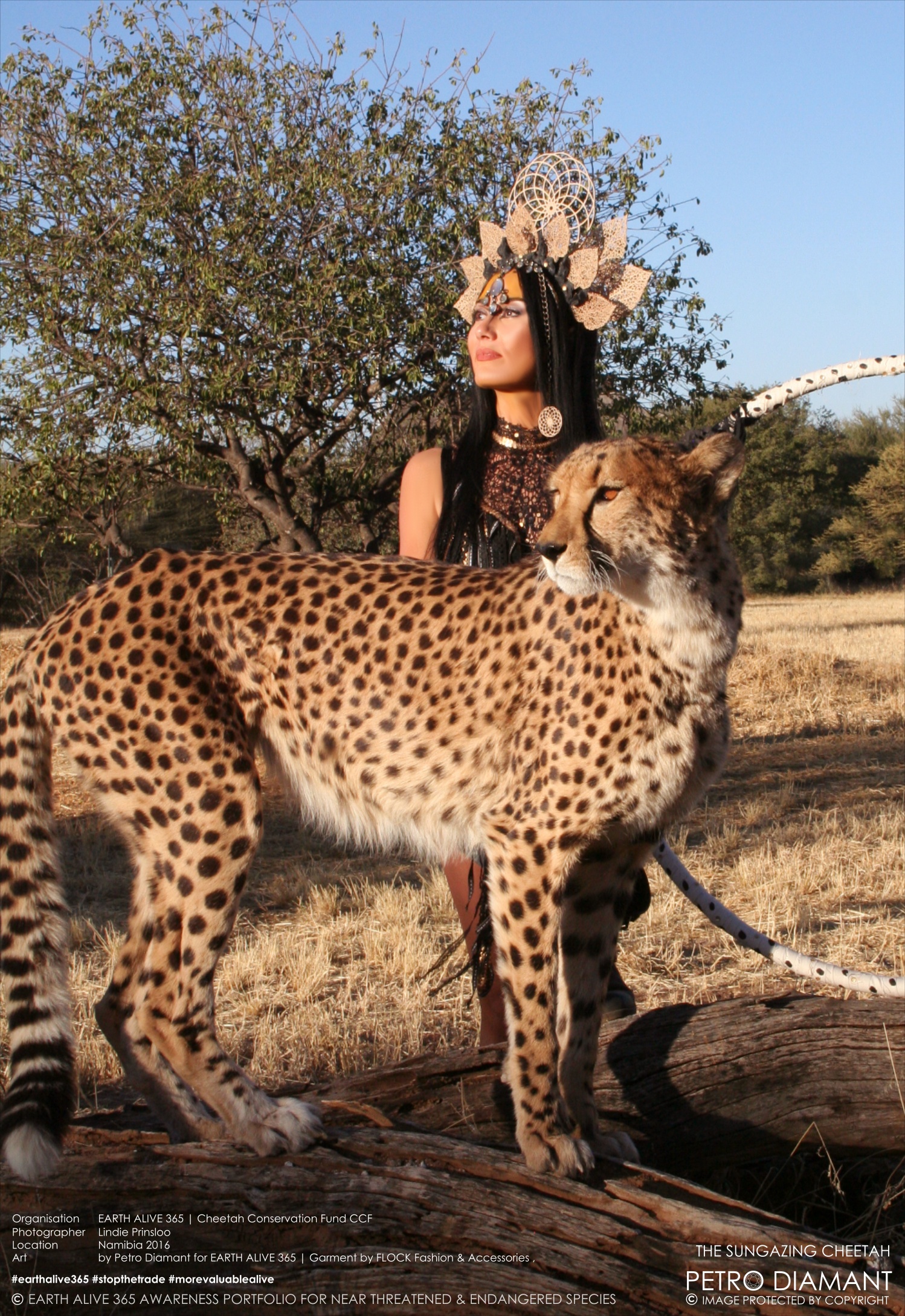 Cheetah are considered vulnerable with the population decreasing. Their future remains uncertain. Their loss of habitat, lack of prey to feed on, and their vulnerability to humans, hunters, and poachers has increased their risk of becoming extinct. This image is part of a series of images for the Earth Alive 365 Awareness Portfolio for Near Threatened & Endangered Species

PETRO DIAMANT & EARTH ALIVE 365 do not promote nor encourage taking images with animals. This image is used to raise awareness on current issues pertaining to the poaching, hunting, illegal and legal trade in exotic species and human wildlife conflict between cheetah and farmers.

Awareness Artist for Near Threatened and Endangered Species: Petro Diamant 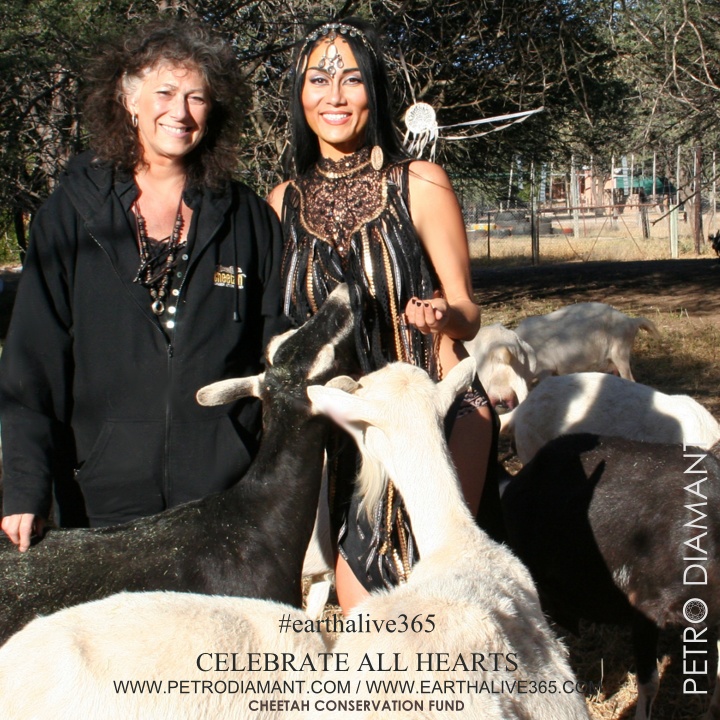 A word from the Dr. Laurie Marker and the CCF :

The cheetah is the oldest of all the big cat species, its evolution being traced back millions of years. It is also the fastest mammal on land, capable of reaching speeds up to 110km during hunts, in short bursts. Sadly, it is also Africa’s most endangered big cat. Its numbers have dropped so low we are now at the point where if we do not immediately put in place programs throughout its African range to reverse its decline, this amazing creature will be gone from our Earth forever.

Human beings and are the reason for many of the cheetah’s problems, including its two main threats, human-wildlife conflict and habitat loss. But humans are also the only species that can provide solutions to these problems. In Namibia, our programmes at Cheetah Conservation Fund (CCF) have been able to stop the loss of hundreds of cheetah each year and help stabilize the population. In recent years the population has slowly increased by perhaps as many as 500 animals. But to ensure a permanent future for cheetahs on this planet, we must adapt similar strategies and apply them to fortify the disappearing traditional cheetah strongholds in Tanzania, Botswana, Kenya, and South Africa, as well as other smaller populations in pockets throughout southern, eastern and northern Africa.

We are very excited to support Petro’s Earth Alive 365 project to build awareness for endangered African wildlife. I have known Petro as a journalist for several years and was thrilled to learn we both consider Otjiwarongo our home, a town known popularly as The Cheetah Capital of the World.

A native daughter with a strong voice and a unique connection to this beautiful species, I cannot think of a better spokesperson or human ambassador for the cheetah.

Please come back again and visit soon. We will all be very happy to see you.

PS: While I am partial to cheetahs, I absolutely love the photo with our CCF goats and Livestock Guarding Dogs, as I am a farmer at heart! 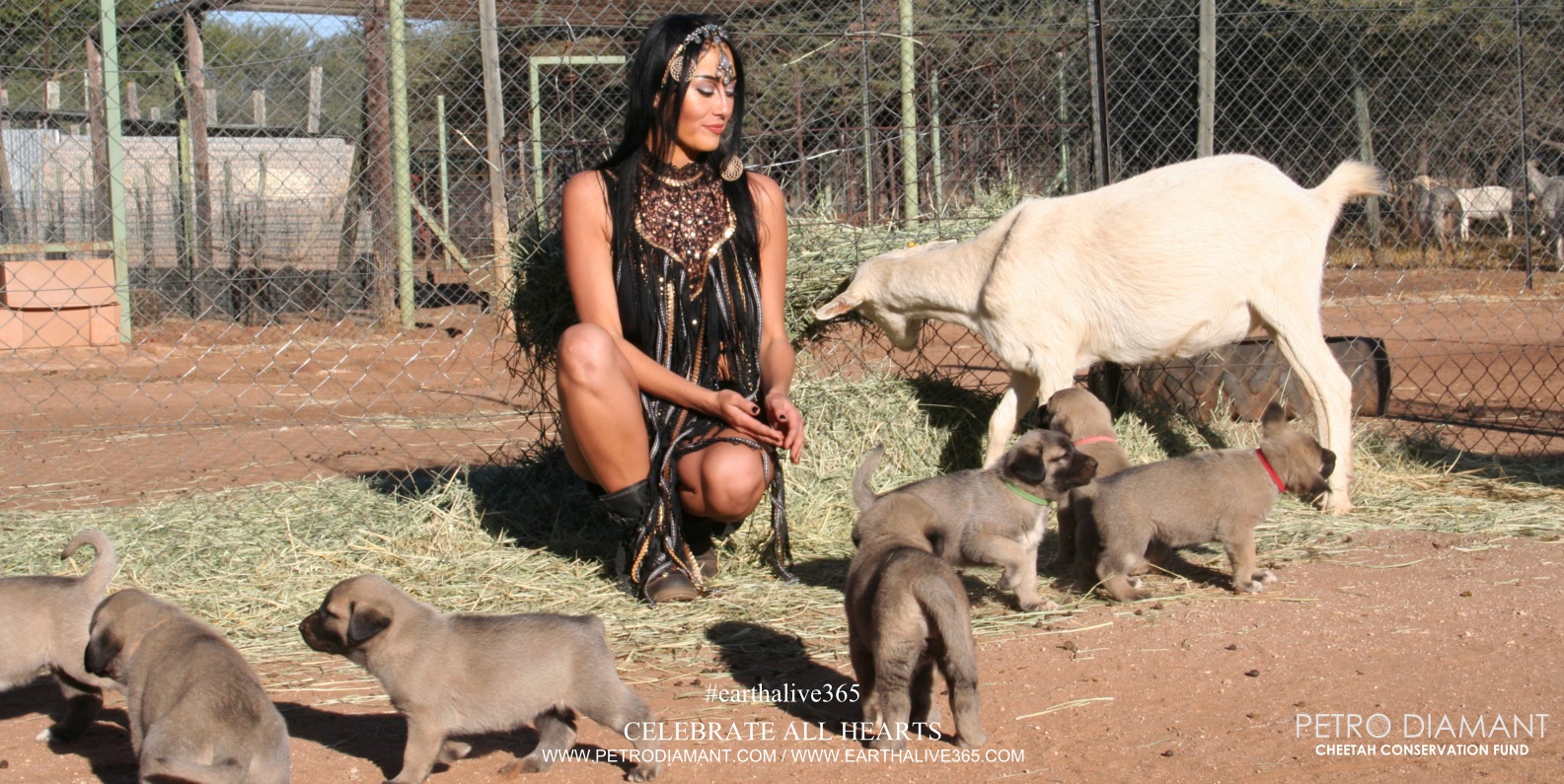