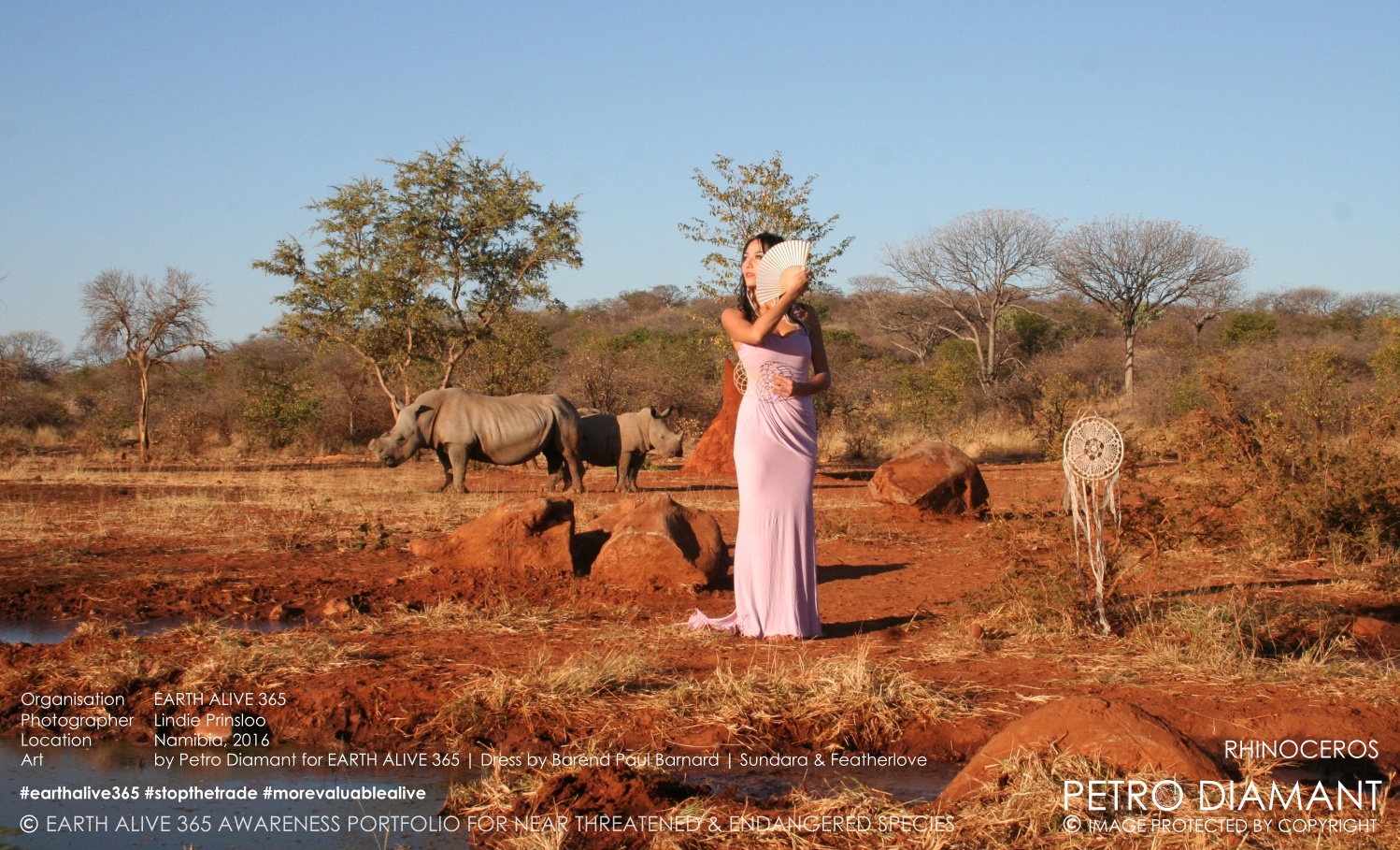 Rhinos are on the verge of extinction and those helping the species to survive require your ongoing support for their continued existence. This image is part of a series of images for the Earth Alive 365 Awareness Portfolio for Near Threatened & Endangered Species

PETRO DIAMANT & EARTH ALIVE 365 do not promote nor encourage taking images with animals. This image is used to raise awareness on current issues pertaining to the poaching, illegal trade in Rhino Horn on the Global/Asian Black Market and efforts made to protect the species.

Awareness Artist for Near Threatened and Endangered Species : Petro Diamant

THE SACRED HORN Awareness Art has not been designed and created yet.

Kindly take note that I in no way support the trade in Rhino Horn. I do understand that the act of dehorning has contributed to some extent to the safety and protection of Rhinos. I advocate for animal rights and this includes the right to live free and wild in ones natural environment in ones natural state. I believe that not enough has been done because the right thing has not been done and in my opinion the responsibility for the decimation of a species that is on the verge of extinction  has not been claimed by Asia and Asian rhino horn consumers who use the rhino horn as medicine. Governments have not fully taken responsibility for their involvement in commodifying an iconic specie. It is a crime against the wild to not put a law in place that protects non human nations and non human species from humans. It is a crime to kill animals resulting in their species to be vulnerable to extinction. It is a crime to entertain beliefs and culture at the cost of life that prevents continued existence on the planet.

We have a duty to serve and guard over the vulnerable and the wild "voiceless" sentient beings we share this Earth with. All of us have to make sure that we are doing our best to protect life on Earth and the Earth and not leave the responsibility only in the hands of some.

Organized crime is driven by wealthy organized syndicates and it is this exact reason why those who claim they love animals must start supporting and funding organizations and individuals who are protecting the wild. It is also important to challenge  the law and advocate for animal rights and animal laws who protect the animals.

THE SACRED HORN belong to the Rhino.